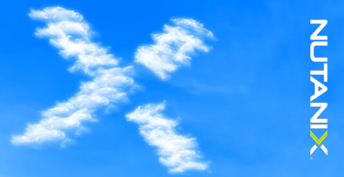 In this post I will walk through how we would remove a node from an existing Nutanix cluster with a couple of clicks and monitor the progress of the node removal.

You may ask, “Why would I want to remove a node from an existing cluster“. Well, one scenario may be if you have multiple clusters and one cluster needs resources while the others can handle a node removal and still remain in a state to self heal from a node failure. Whatever the reason is, having the capability to dynamically add and remove resources on the fly and without downtime is one of the primary reasons that the shift to a cloud consumption model is paying off for companies all across the globe.

1. First go to the ‘Health‘ page and run NCC to ensure the cluster is in a healthy state prior to running the node removal process. 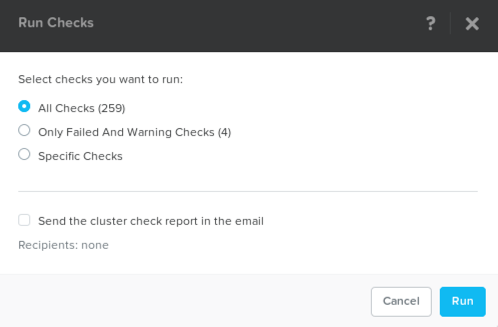 2. Next go to the ‘Hardware‘ view and select the ‘Table‘ tab to view all of the hosts. Then find the one you would like to remove and highlight it.

3. At this point you can hit Remove Host. You will notice that the node I selected for removal has 246.94 GiB of data which will need to be migrated off prior to completing the node removal process.

Review the warning message below which states VMs will automatically be migrated off of the node prior to removal. Click Remove. 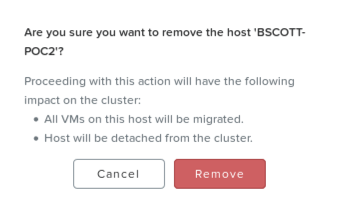 5. Once all of the tasks are complete at 100% you can go back to Hardware –> Table and see that you now have 3 nodes in the cluster.

A few things to note here.